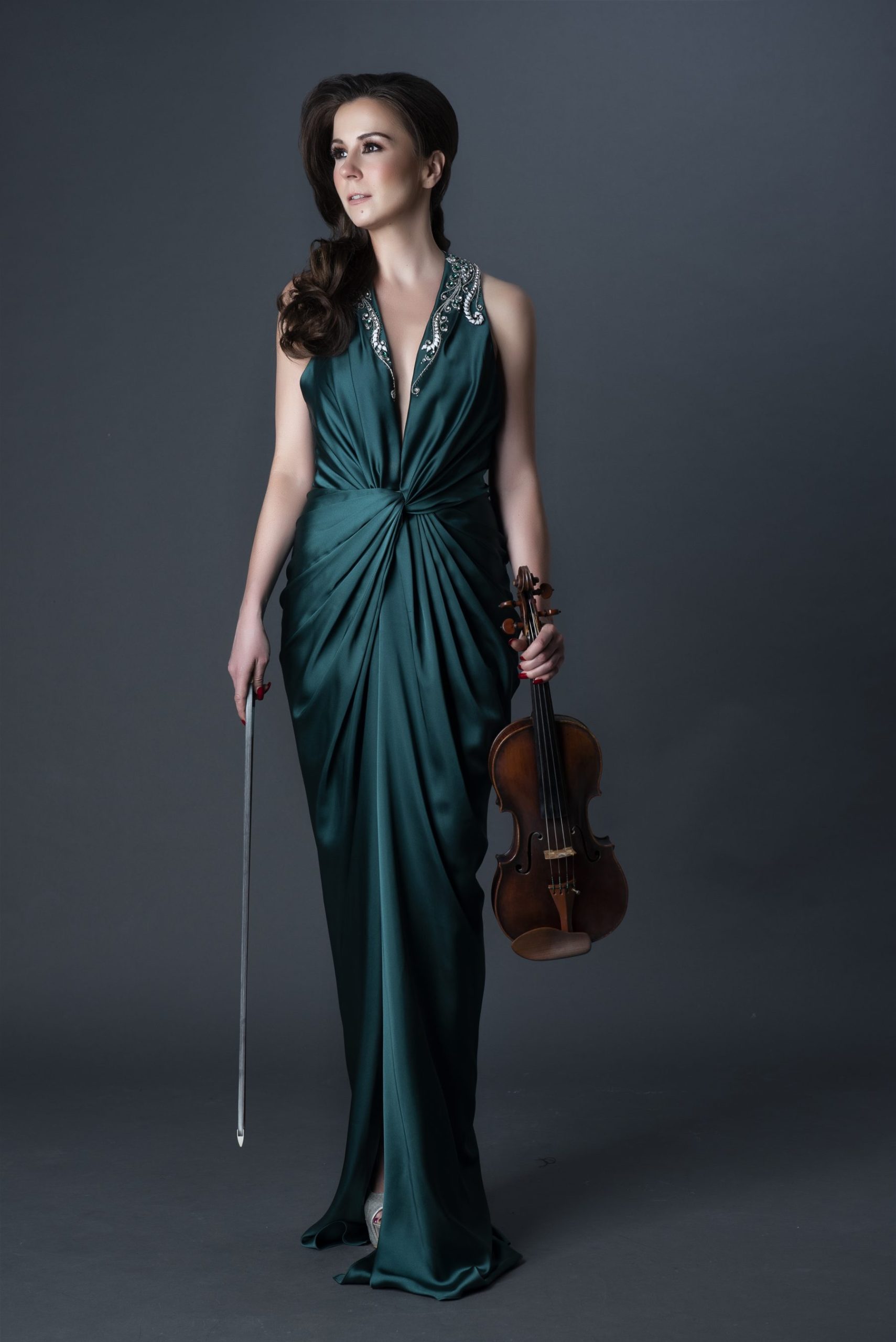 Described as a “fevered” and “theatrical” performer with “a taste for the dramatic” (New York Times), having “remarkably strong, rich tone, terrific rhythm drive and technical brilliance” (Whole Note), and “adventurous musical personality” (Classical Modern Music), Barbora Kolářová is recognized as one of the foremost violinists to emerge from the Czech Republic in recent years.

Ms. Kolářová is an artist of creative balances, always looking back and looking forward to find new fulcrums between past and present. Trained in the classical tradition, Kolářová’s artistic voice is oriented towards minute details and virtuosity, but with a creative intent to use these skills to generate new standards in classical music by collaborating with living composers on new works, and uncovering lost works from the past. Barbora explains, “My biggest passion has been searching for pieces that are generally unknown and unrecorded, which speak to me artistically and emotionally. It is an incredible thrill to be able to perform a piece that the audience has never heard before, whether by a composer from the past or a living star.”

Her debut album ‘Imp in Impulse’ (New Focus/Furious Artisans) consists of unreleased virtuosic solo works ranging from 1963 to the present by Jean Françaix, Klement Slavický, and Pascal Le Boeuf. Solo album ‘Imp in Impulse’ has been voted ‘Best of 2020’ by “An Earful” and Barbora’s performance described as “spectacular” with “as much personality as skill” (An Earful), having “considerable virtuosity harnessed to a nicely overarching expressivity” with a “very own personal stamp” (Classical Modern Music).

In addition to touring internationally as a soloist, Barbora was as a visiting performing artist of the Czech Philharmonic (2013-2016), visiting concertmistress of the Orquestra Filarmônica de Minas Gerais in Brazil (2017-2018) and has been a regular substitute co-principal second violinist of the Malaysian Philharmonic Orchestra since 2015 and a Lincoln Center Stage artist since 2016.

She holds degrees in violin performance from Curtis Institute of Music (BM ’12) and Yale School of Music (MM ’14), and is the co-founder and artistic director of the Lake George Music Festival (a 501(c)(3) non-profit). Her primary mentors include Pavel Prantl, Charles Avsharian, Arnold Steinhardt and Ida and Ani Kavafian.