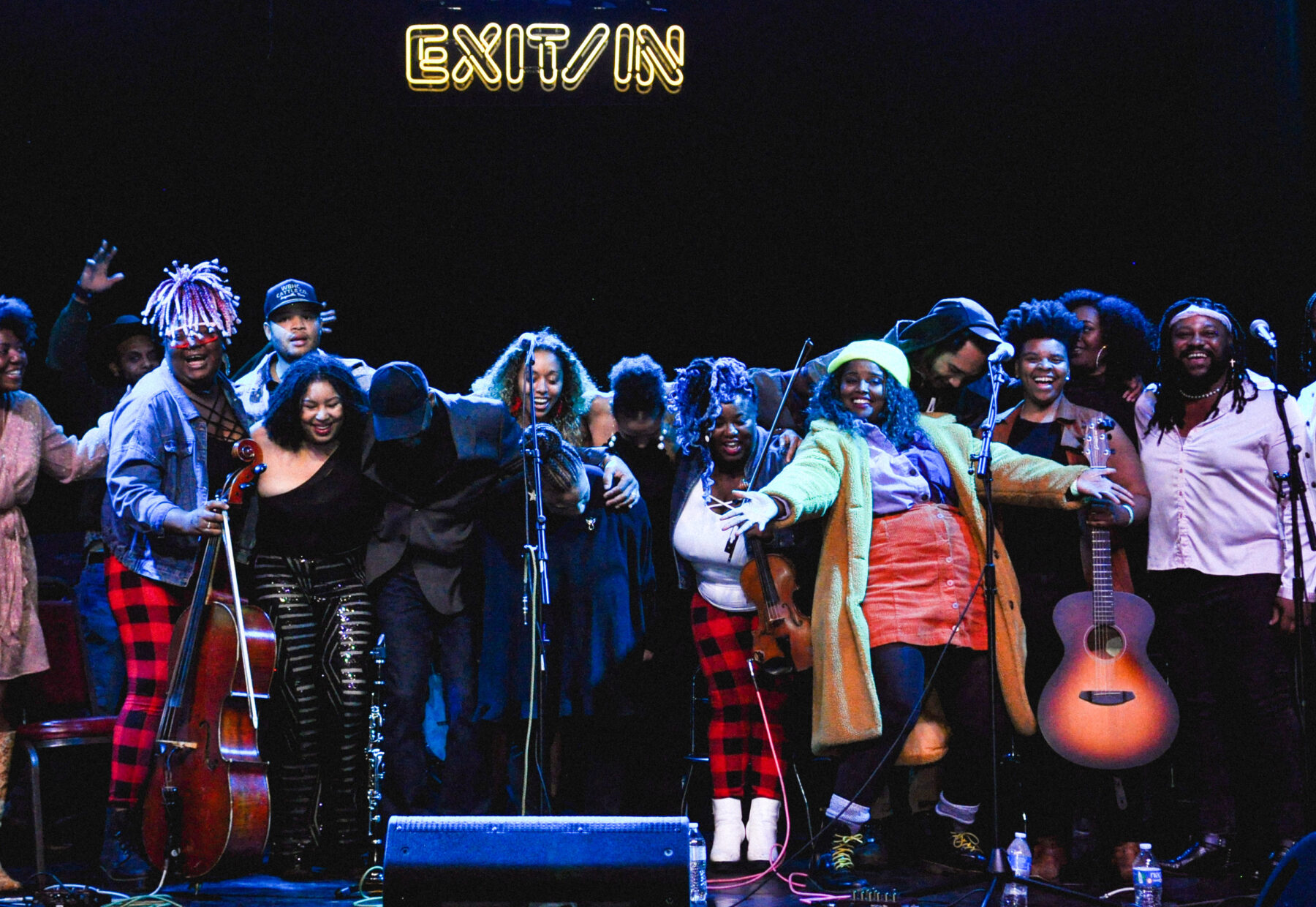 Black Opry is a home for Black artists and Black fans of country, blues, folk, and Americana music.

Country music has been made by and loved by Black people since its conception. For just as long, we have been overlooked and disregarded in the genre by fans and executives. Black Opry wants to change that. We invite you to discover, support and enjoy the Black artists that make magic in this space. One of the most valuable aspects of country music is its versatility and diversity in sound. Country, blues, folk, and Americana music often overlap or weave together- these artists explore all of those sounds and intersections.

The Black Opry Revue showcases the diversity in sound and stories that Black artists offer to these genres.

Fearlessly forging ahead down country roads, singer-songwriter Julie Williams is turning heads in Nashville’s country music scene with the soft but powerful songs that capture the soul of growing up as a mixed-race child in the South.
Music has always been a part of Julie’s life – honing her singing talent in church and beach bars and belting national anthems before packed stadiums. She grew up listening to everyone and everything, from The Chicks and James Taylor, to Gladys Knight and Michael Jackson. Even though she was drawn to the storytelling of country music, she never quite found the sound that spoke to everything she was: Black, white, Southern, a woman, hopeful, truthful. So naturally, it was up to Julie to make this sound. “My music is mixed like me,” is how she describes it, “I want to tell the stories that need to be told.”
Julie started sharing those stories, and the people listened. A student at Duke University, Julie was signed to Small Town Records whose alumni include Mike Posner and Delta Rae and sang as a vocalist for the Duke Jazz Ensemble. In April 2019, she released her debut EP, Lovecycle, earning a feature in People of Duke Arts in 2019. After graduating with a public policy degree in 2019, she moved to Nashville, where she became a regular host of The Song Suffragettes, Nashville’s premier collective of female singer-songwriters, and performed her upcoming single Southern Curls at the State of Tennessee’s 100th anniversary celebration of the 19th amendment. She was named in Rissi Palmer’s Color Me Country Class of2021and featured on She Wolf Radio’s Ones 2 Watch list. In April 2021, she was featured in a PBS News Hour specialon Black women in country music.
“People want to hear black voices, black stories,” Julie always says. “I was nervous about how my songs would be received by Nashville – but people want honesty. They want honest songs about real life, and for the artists they follow to take a stand.” Julie’s upcoming single Southern Curls embodies this – making waves with her soulful lyrics about the struggles of growing up mixed in the South, aiming for the heart and striking true. Her fans responded by raising over $5000 in only one week to fund the song’s music video that was brought to life by an all black creative team. The single and music video, released in March 2021, covered by Billboard, CMT, World of Country, and numerous music publications.
Julie has begun touring the country with the Black Opry Revue, a showcase featuring Black artists in country, blues, folk, and Americana music, and performed at their CMT-sponsored anniversary gala in April 2022 that was covered by NBC News. Julie is taking the stage with the group at CMAFest in Nashville in June 2022 and will follow this performance with her first solo tour. The tour will bring Julie and her songs across the country and globe – with performances in London, Nashville, Charlotte, Washington, D.C, Philadelphia, New York City, and Boston.

The emerging Country singer/songwriter Tae Lewis doesn’t sell short when it comes to his creation of country music. The North Carolina native started his roots by singing in his grandfather’s church at the age of 5. In 2016 he began to emerge in his own element of what he wanted to create for his audience as a country artist with one of his first singles “GoodLuvin”. Good Luvin brought success in being placed in the hit sitcom “Shameless” which brought his artistry to a whole new level of people acknowledging who he really is. Now, a Nashville native, he’s been able to write with some amazing songwriters as well as being able to be an opener for some incredible artists this summer.

Denitia is a musician who exemplifies American cultural enlightenment, a dynamic artist seeking foundation in the roots of history and style in modern conception.
As a singer-songwriter based in New York’s Hudson Valley, Denitia’s portfolio spans states, cities and times, her catalog inspired by the lost narratives of her past and contemporary tapestry she’s sown together over time.
And her career is only on the rise.
Born and raised outside Houston, Denitia’s southern heritage forms a canvas for her evolving musical portrait. She grew up listening to the legends of country and folk, while leading choirs and spiritual awakenings at her local church. By five, she was playing piano. Soon thereafter, she brought out a saxophone and trumpet. When alternative rock hit the airwaves, Denitia picked up a guitar and joined the revolution. There was no challenge too obscure.
Denitia’s Christian upbringing opened her ears to harmony, gusto and intention, while the radio brought out something raw, edgy and passionate. From a trailer in the woods, she spent her days studying the art of rock, alt-grunge, and self-revelation, melding it with her baseline in traditional roots music. Self-taught and unafraid, Denitia improvised her newfound language with he guitar and keyboard, and gained confidence performing at praise and worship services. She carried these experiences with her when she moved to Nashville for college, and resurrected them again in the heart of Brooklyn, where she spent 11 years evolving her sound and with urban flair, shifting her vision subtly with the skyline.
Now, with the start of a new year and world still spiraling from the global pandemic, Denitia shares a storybook of new work, taking listeners on a drive through the lanes of love and longing over the course of American grandeur. Denitia’s lens stays on the periphery, never losing sight of the horizon as she relives moments of magic in her life. Soulful and passionate, Denitia sings with intentional restraint, seeking an outlet from isolation, a break from monotony, and a dream for the past reclaimed.
Written alone in her studio and virtually with a longtime songwriting partner, her new music embodies elements of country, folk and rock with an alternative twist that is decidedly Denitia. There are moments of melancholia, surpassed by periods of contentment and joy. The story winds its way amdist ups and downs, sunshine and starlight, sweet tea on the porch and unsettled romantic incursions. It’s a journey through emotion, time and place.
With her upcoming release, Denitia establishes a newfound American utopia, ongoing and indefinite, uplifted by wistful vocals and the chimes of a tambourine. She illustrates her eclecticism and dualities as an artist in a quest to seek the soulful sounds and legends of her people. On the way to reimagining home, these songs are Denitia’s mantras, the melodies her spirit, the stories her own.

With a voice like cinnamon and a pen like butter, Roberta Lea is a rising artist, ready to give the world a taste of what she’s made of. Fellow artists have called her Hampton Roads’ best kept secret. It’s as though she’s a family recipe, kept hidden until now.
Pursuing music at 35 may seem like it’s a late start for some, but for Roberta Lea, it’s idea. She’s been slowly marinating and soaking in LIFE. Now that she’s ready to do music, she has a buffet of songs that are sure to appease any listener’s pallet.
Just ask the Black Opry. Her single “Sweet Baby Ray” hit the spot in the hearts of fellow artists and music lovers alike and drove her to record her very first country project “Just A Taste”. Now, she’s been nominated for 6 music awards including Song of the Year and Best E.P.! “Just A Taste” showcases the different flavors of coutnry she infuses in her songwriting. She goes from classic country, to country soul, country rock, pop country and country folk. As a songwriter, she has no limits when it comes to expressing herself through song and telling a good story.
As a Virginian, Roberta Lea follows a long list of iconic artists and hitmakers. From classics like Ella Fitzgerald and Patsy Cline, to icons like Pharrel, Timberland, and Missy Elliot, legends like The Dave Matthews Band and Pat Benetar, to modern day rising stars like Old Dominion and Morgan Wade. As a songwriter and an artist, she’s in great company and confident that she’s next. 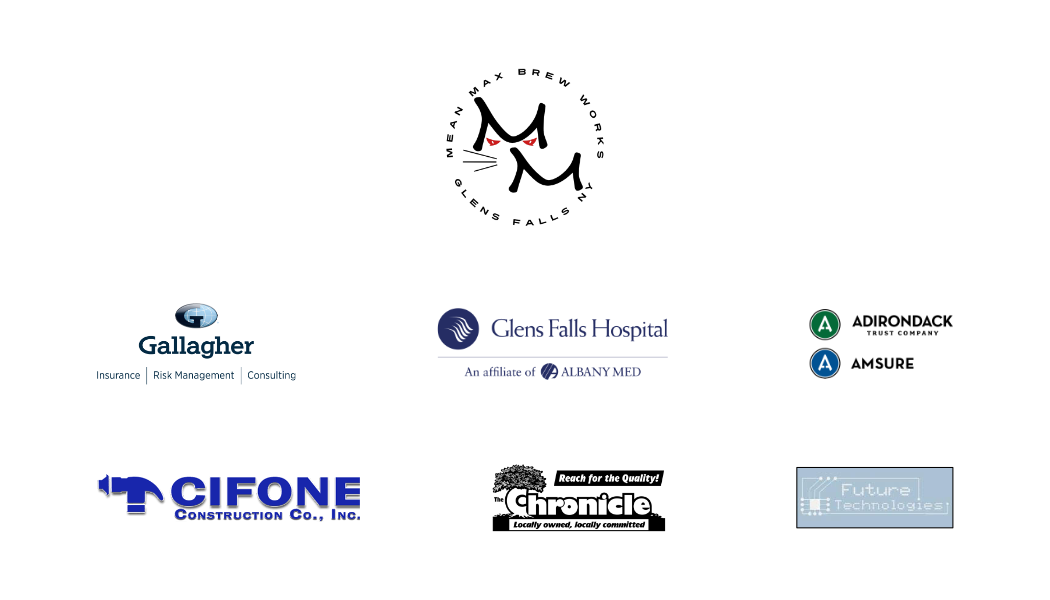