Comedy After Dark at the Park – Headliner Chloé Hilliard 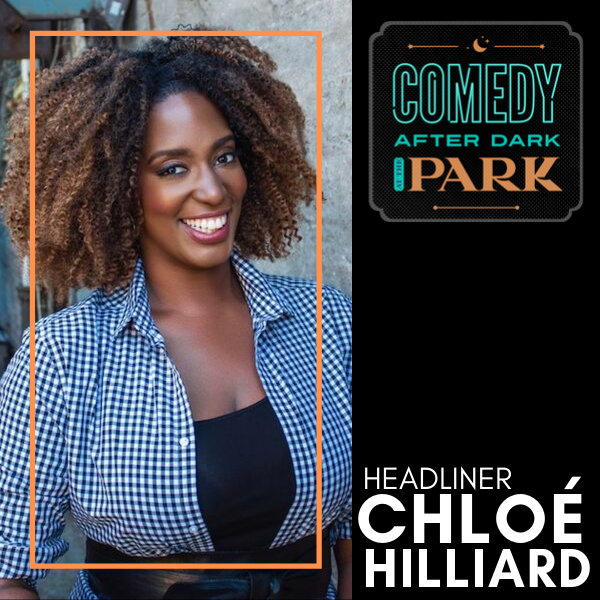 With major stardom on her horizon, Chloé Hilliard is a writer, comedian, and podcaster who spins a great yarn, while leaving audiences gasping for air in between fits of laughter.

Hilliard first appeared as a semi-finalist on NBC’s Last Comic Standing and went on to appear on The Tonight Show Starring Jimmy Fallon, Comedy Central, MTV, VH1, and more. Prior to her comedy career, she was a culture and entertainment journalist whose work has been featured in The Village Voice, Essence, Vibe, and The Source.

Hilliard headlines Nov 29th’s “Comedy After Dark,” a monthly series of curated comedy that includes a headliner, a feature act, a host and a guest comedian for nearly two hours of entertainment. The Park Theater also offers a cash bar, and Doc’s Restaurant downstairs is open from 4-close.

Patrons are encouraged to buy tickets in advance to guarantee seating at the show. Lineup subject to change.