Comedy After Dark at the Park with Headliner Monroe Martin 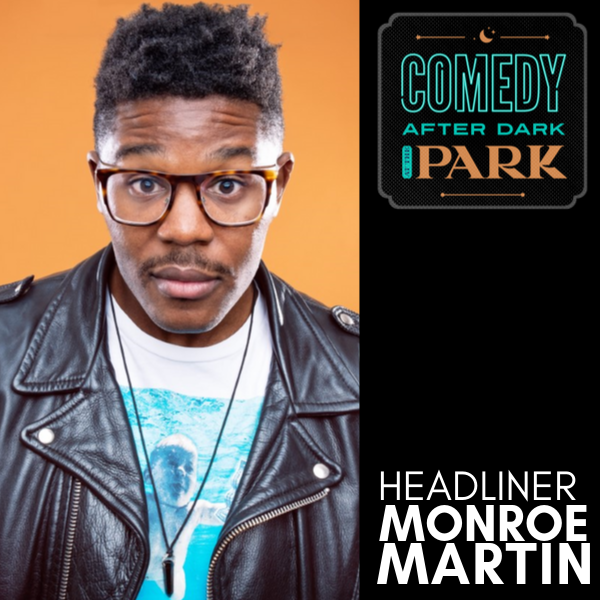 Comedy After Dark at the Park is proud to present Monroe Martin.*

Monroe Martin is a rising comedy star who mines his laughs from life experiences such as growing up in foster care and bouncing around from one dysfunctional family to another. With a frank, open approach to storytelling and an engaging personality, Martin effortlessly turns his childhood of hard knock experiences into comedy gold. Monroe has appeared on NBC’s Last Comic Standing, Comedy Central’s Adam Devine’s House Party, MTV’s Guy Code, TV Land’s The Jim Gaffigan Show, The Tonight Show Starring Jimmy Fallon, Netflix Master Of None, and AXS TV’s Gotham Comedy Live.

Comedy After Dark at The Park includes a feature act, a host, and a guest comedian to make up nearly 2 hours of comedy entertainment, complete with a cash bar! Patrons are encouraged to buy tickets in advance to guarantee seating at the show. Lineup subject to change. *Contains Mature Content