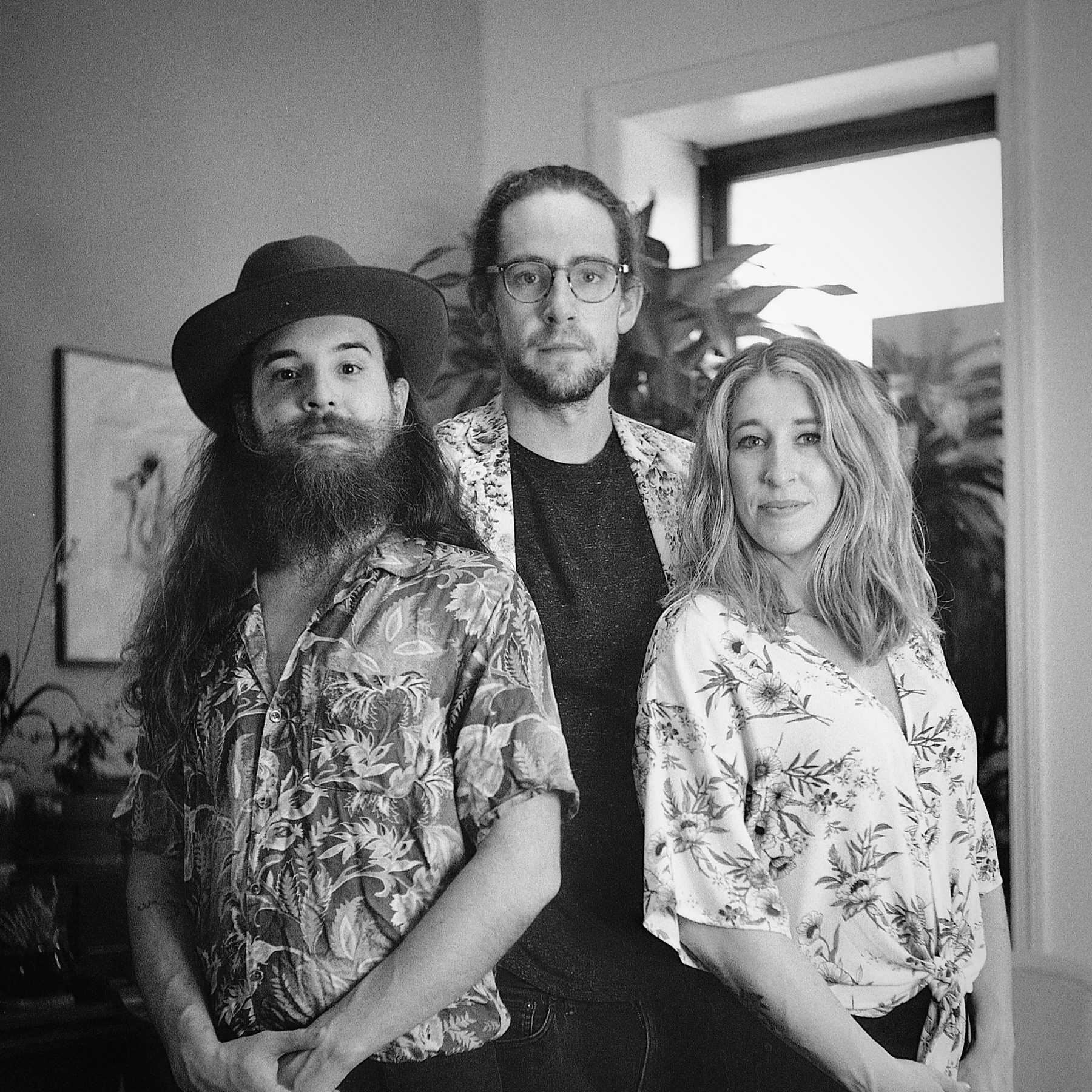 In their early days, Damn Tall Buildings didn’t rehearse – they busked. Now, whether live or on record, the band still radiates the energy of a ragtag crew of music students playing bluegrass on the street. But anchoring that energy is their instrumental chops, their strong songwriting, and their varied influences that stretch beyond bluegrass, even beyond American roots music altogether. Whether sharing lead vocals and instrumental solos or blending their voices into loose, joyous harmony, the four members of Damn Tall Buildings (guitarist/lead vocalist Max Capistran, bassist/lead vocalist Sasha Dubyk, fiddler/vocalist Avery Ballotta and banjoist/vocalist Jordan Alleman) blend elements of bluegrass, blues, roots-rock and vintage swing to create a captivating, high-energy sound. Since their busking days, they’ve made three albums: 2014’s Cure-All, 2015’s self-titled, and their forthcoming third album, Don’t Look Down.

The band has also relocated to Brooklyn, NY and toured widely, sharing stages with Sierra Hull and the California Honeydrops and appearing at festivals like Grey Fox Bluegrass Festival, Philadelphia Folk Festival, and Freshgrass Festival, where they took second place in the 2016 band competition. Their lyrics find beauty and glory in the mundane, workaday struggle of everyday life: time keeps passing, you don’t like your job, you drink too much, you laugh with your friends, you search for a home, and you dream about what else might be out there. You carry on. This is what Damn Tall Buildings sings about, what they seek to share with their audience.