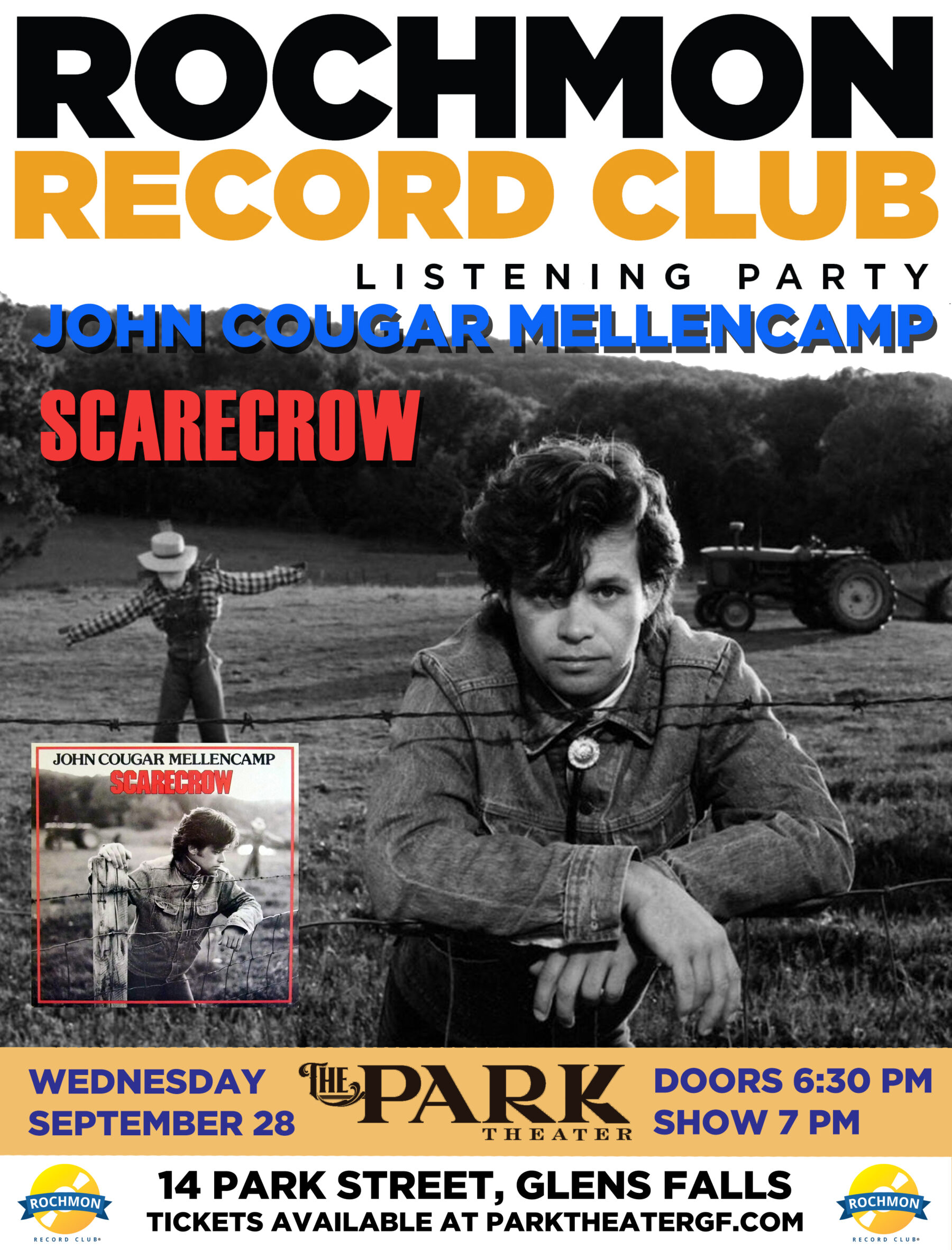 The Rochmon Record Club Listening Party for John Cougar Mellencamp’s “Scarecrow” begins at 7pm with a live audio & video presentation by Chuck Vosganian aka “Rochmon.” A Rochmon Record Club Listening Party is meant to inform and deepen our understanding of the history of the individual performers, songs and the stories that went into the making of this classic album. By listening together, we get to hear the music again for the first time.