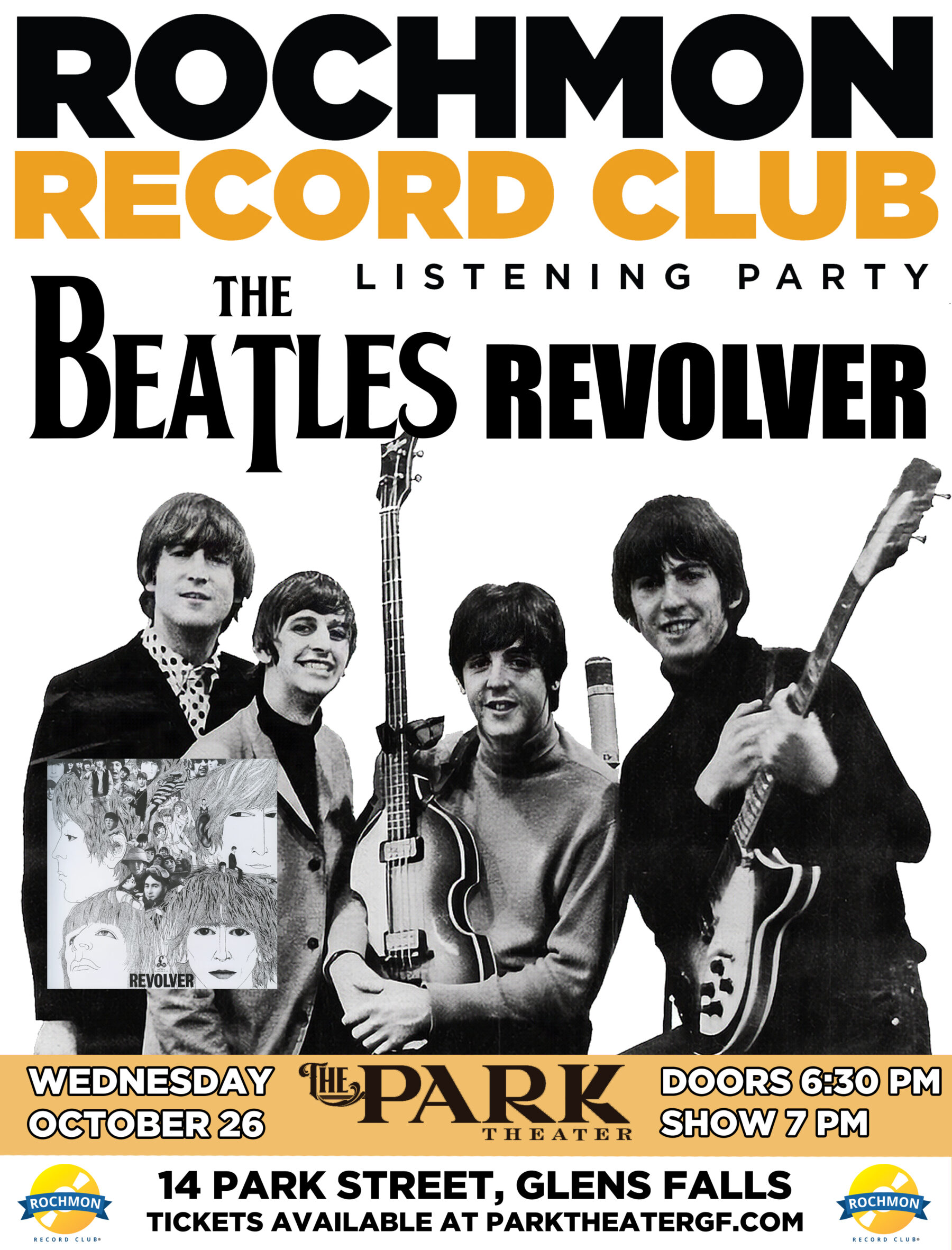 The Rochmon Record Club will converge to listen and learn about The Beatles 7th album “Revolver.”

The Beatles had conquered the world but, as a group and as individuals, remained unsatisfied and found themselves striving for more musically. The 14 tracks that make up “Revolver” were recorded over 3 months in early 1966 and many fans feel that “Revolver” is one of, if not the best, Beatles album. Filled with great songs like Harrison’s “Taxman” and “I Want to Tell You” along-side Lennon and McCartney’s “Eleanor Rigby”, “Here There and Everywhere”, “Good Day Sunshine” and “Tomorrow Never Knows”, “Revolver”, as an album, is instantly recognizable.