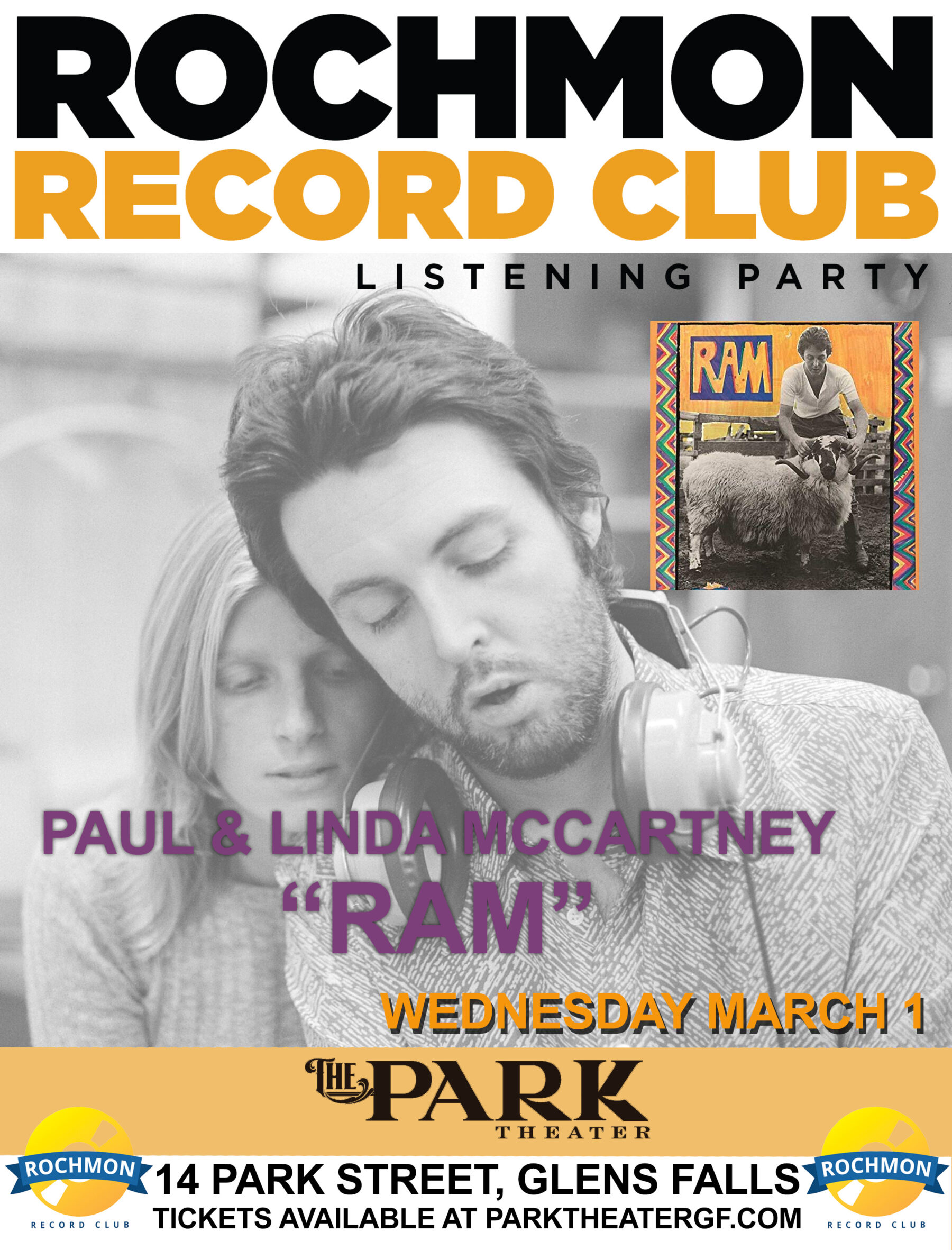 The Rochmon Record Club will converge to listen and learn about Paul & Linda McCartney’s album, “Ram.”


“Ram”, released in 1971, is credited to both Paul & Linda. While poorly received by the critics at the time, “Ram” went to #2 in the US, and #1 in the UK, providing  McCartney his first solo #1 single, “Uncle Albert and Admiral Halsey”. Paul was onto something, channeling the future and pointing to where music would be 52 years after “Ram’s” release. “Ram” is one of those albums that gets better with age and sounds as vital today as when it was recorded. All those reviewers have since changed their tune. Come hear why “Ram” is now considered to be one of McCartney’s best, post-Beatles albums.