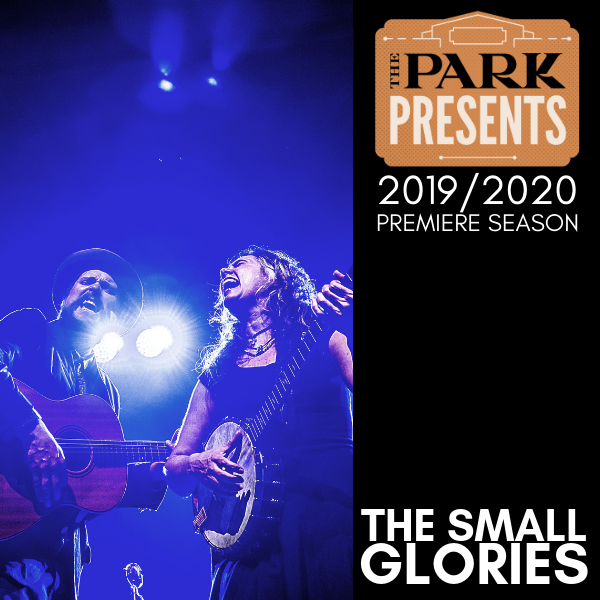 Roots powerhouse duo The Small Glories are a musical tour-de-force partnership planted on the Canadian Prairies. With a stage banter striking a unique balance between slapstick and sermon, these veteran singer-songwriters have a way of making time disappear, rooms shrink, and audiences feel as though they are right there on the stage with the band.

The duo, aka Cara Luft and JD Edwards, are touring for their critically acclaimed Red House Records debut, ASSINIBOINE [uh-sin-uh-boin] & THE RED. Featuring stirring harmonies, clawhammer banjo and songs that capture a sense of mood and place, the duo’s high-energy live shows and song craft have drawn comparisons to Shovels and Rope, the Civil Wars, Mandolin Orange and others.
The album title refers to the two rivers that intersect in their home base of Winnipeg, Manitoba and the entire album has a sprawling feel of openness and wide-open spaces that evokes the vast Canadian Prairies. Stand-out tracks include “Alberta” (a love song to Cara Luft’s home province), “Johnson Slide” (sung from the point of view of a person who died in the Johnson mudslide in Alberta, Canada) and the single, “Oh My Love,” an upbeat song that’s actually about opening your heart to someone and realizing the feeling isn’t reciprocated (a full-on heartbreaker).