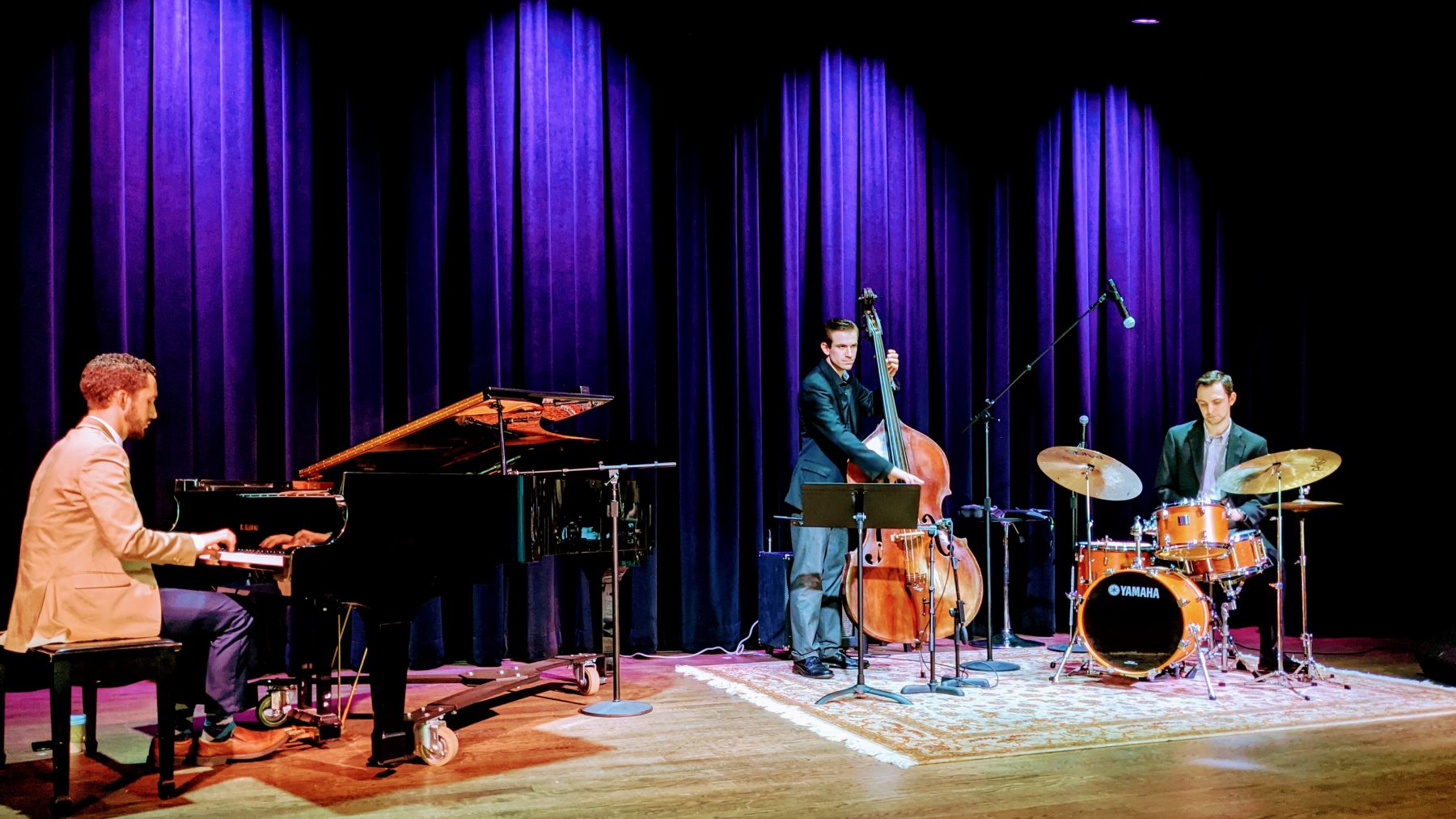 GNP is a jazz trio featuring Tyler Giroux on piano, Matt Niedbalski on drums, and Dylan Perrillo on bass.  Tyler, Matt, and Dylan have been playing together for several years.  They first began playing together at the Speakeasy 518 in Albany, New York, a cocktail bar known for its prohibition era ambiance and live jazz.  Through countless gigs the trio grew together as a unit, playing as a stand-alone group as well as backing up instrumental soloists and vocalists.

In 2020, a shared passion for original music led to the decision to record their debut album as a group, “Codes.”  “Codes” is a reference to the band’s musical communication, the unique vocabulary and cues the group developed over years of playing and growing together.  The album consists of 9 original pieces composed by Tyler, Matt, and Dylan, as well as one standard, Gershwin’s “But Not For Me.”

Dylan leads the Dylan Perrillo Orchestra from Albany, NY, performing popular American music from 1890-1950 taking a particular liking to the songbook of the 1920’s. Complete with a six-piece horn section, violin, vocalist and rhythm section, DPO boasts an impressive line up of accomplished musicians of their own accord. Beginning in 2013, the big band has steadily been working towards building an audience for their unique interpretation of classic and not-so-classic, jazz-influenced compositions.