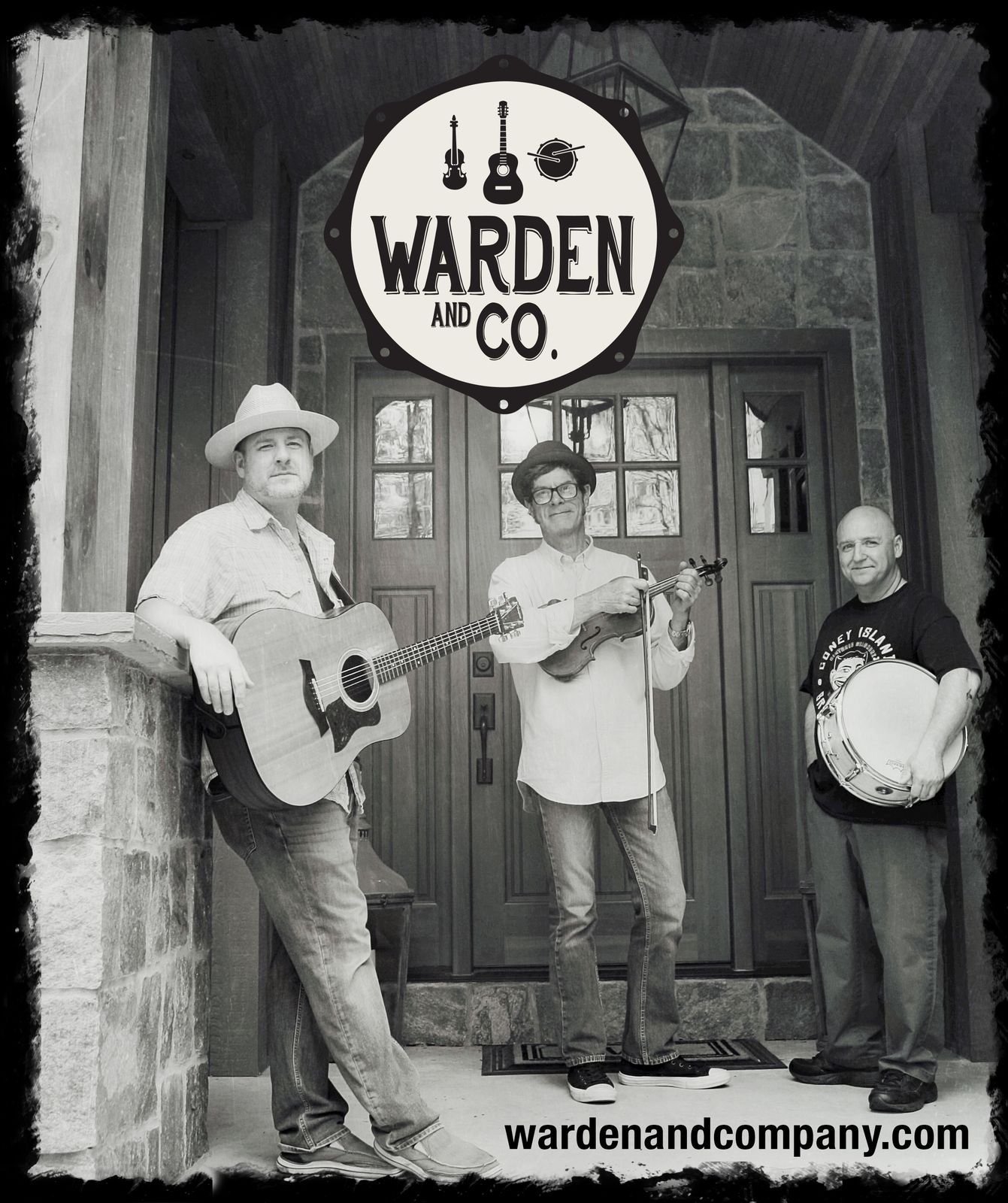 Seth Warden, Doug Moody, and Brian Melick started out making music for kids. Now as Warden and Co., the trio presents Somewhere, their first full-length set for people the age of those kids’ parents. No matter the audience, frontman Warden says, the words mean nothing if they’re not true. And in our chaotic current moment, that truth is everything.

“You can’t fake it,” says Warden, whose album releases April 2022. “If you sing certain messages, you better back it up offstage. That’s become our motto.” There’s nothing fake about Somewhere and its 11 servings of auditory earnestness. The band, featuring frontman Warden, violinist and vocalist Moody, and drummer Melick, has created a mood of emotional tenderness, meeting in a special place where rock, folk, and Americana converge. And the feeling is personal, familiar, and, yes, true.

Longtime veterans of the New York State music scene, Warden, Melick, and Moody originally joined forces in Saratoga Springs in 2011 as the award-winning children’s and family artists, Seth and the Moody Melix. For Warden, a father of three and a middle school music teacher, making good, honest music for young ears felt organic. “There’s no fooling them anymore,” he says of little listeners.

In 2019, the trio released Songs for Everyone, their first EP as Warden and Co. The follow-up, Somewhere, presents an impressive range of instrumentation, from acoustic and electric guitar, violin and viola, to organ, piano, drums, and electric bass. For a bit of creative continuity, it also features keyboardist James Mastrianni, who recorded and produced Songs for Everyone.

Many of the songs on Somewhere, co-produced by multi-instrumentalist Chris Carey and Warden, were written in the early days of the coronavirus pandemic. The frontman found himself teaching virtually, which, at first, “felt very uninspired. But after a week, with my kids home, I just started writing — 26 songs in a summer! The producer said, ‘This is your Appetite For Destruction.’”

Of course, Somewhere, whose strings and organic percusion evoke a relaxed late-night backyard jam with lights in the trees and possibility in the air, sounds nothing like Guns N’ Roses. But for Warden, the comparison is about making a clarifying musical statement. “I felt that people who listen to this full-length debut will know who we are,” he says.

That identity is woven, vibrant and expressively, throughout. The first single, “Living For Love,” was written back in 2006, a song that “just sat silent for so many years waiting to get rediscovered” and whose universal message about the importance of opening our eyes and enjoying life’s ride made it the perfect one to lead off.

The title track was inspired by a common human longing for home, even if it takes us a while to admit that longing. “Growing up where I did, I wanted to get away as fast as I could,” says  Warden, who was one of 28 kids in his graduating class in the Thousand Islands region of upstate New York. “Now, when I get home, it’s nice to go into the grocery store and see someone I recognize. Everyone is from somewhere, and those somewheres connect so completely within us.”

Being able to connect that song with his own daughter, making her musical debut, was special, Warden says. “It’s undeniable, her talent at such a young age. This was her first real recording experience. Listening to her, I realize just how deep this song just became. Someday, I’m not gonna be here, and she’s gonna have this.”

Elsewhere, on the track “Middle of Madness,” Warden and Co. ponder, again, the difficulty of defining truth when everyone seems to be selling their own. “I think I was watching one of the many news programs that we can get sucked into,” he says..“You turn on one station and there’s one truth, and then turn on another station, and find a different one. We’re in the middle of something in which I can’t find the truth.”

Somewhere is the album that defines the sound of Warden and Co., and the music that group intends to share with the world.