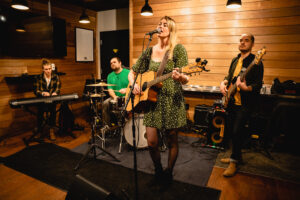 Caity and the Gallaghers is the full band iteration of folk singer-songwriter Caity Gallagher, joined by the experience and talents of bassist Ben Woodul, pianist Dan DeKalb, and percussionist Josh Morris. Live performances with The Gallaghers’ amplify Caity’s rootsy compositions into the rich full sounds of her recent recordings. Doors: 6:30pm | Showtime: 7pm              Thank you to our series sponsors: 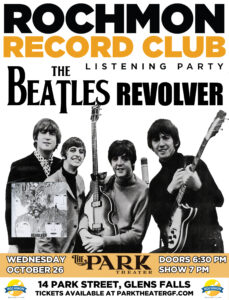 The Rochmon Record Club will converge to listen and learn about The Beatles 7th album “Revolver." The Beatles had conquered the world but, as a group and as individuals, remained unsatisfied and found themselves striving for more musically. The 14 tracks that make up “Revolver” were recorded over 3 months in early 1966 and many fans feel that “Revolver” is one of, if not the best, Beatles album. Filled with great songs like Harrison’s “Taxman” and “I Want to Tell… 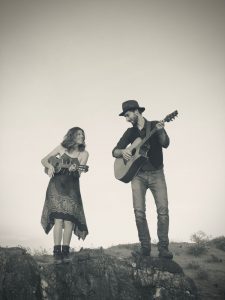 Fort Vine is an indie-folk band named after a secret tree fort in Manhattan, built by songwriting duo, Trevor Tunison and Nyna Nelson. Their feel-good music embraces every audience with open arms as their strong harmonies resonate with meaningful poetry and happy grooves. Named one of NYC's best unsigned bands by the New York Observer, Fort Vine has been continually touring the US in their diy-converted sprinter van, Gypsee Bungalow, since March 2018- an adventure that was recently chronicled in the May 2020 issue of the esteemed travel…