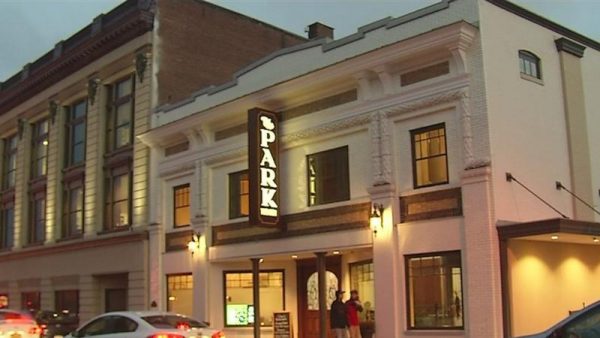 The main feature of the night ‘Catching Up’ was filmed this past May in Glens Falls and Queensbury. The movie stars Carmen Lookshire, Gilda ‘Gem’ Caruso, Chris Gaunt and “Saved by the Bell” star Dustin Diamond.

Produced by New Light Media Films, the movie is about a mother leaving her family to become a singing sensation, then years later she reunites with her estranged family to realize her daughter has the same musical talent.

« Previous Post
Next Post »
2022/23 Season Tickets On Sale!
Tickets are on sale for The Park Theater’s highly anticipated 2022/23 season featuring international and nationally touring artists, local acts, acclaimed comedians and so much more!
━━━━━━━━━━━━━━━━━━━━━━━
Purchase your tickets in advance!