The restaurant, which is located on Park Street across from the Glens Falls Hospital, debuted its new look and fine dining menu on September 11. 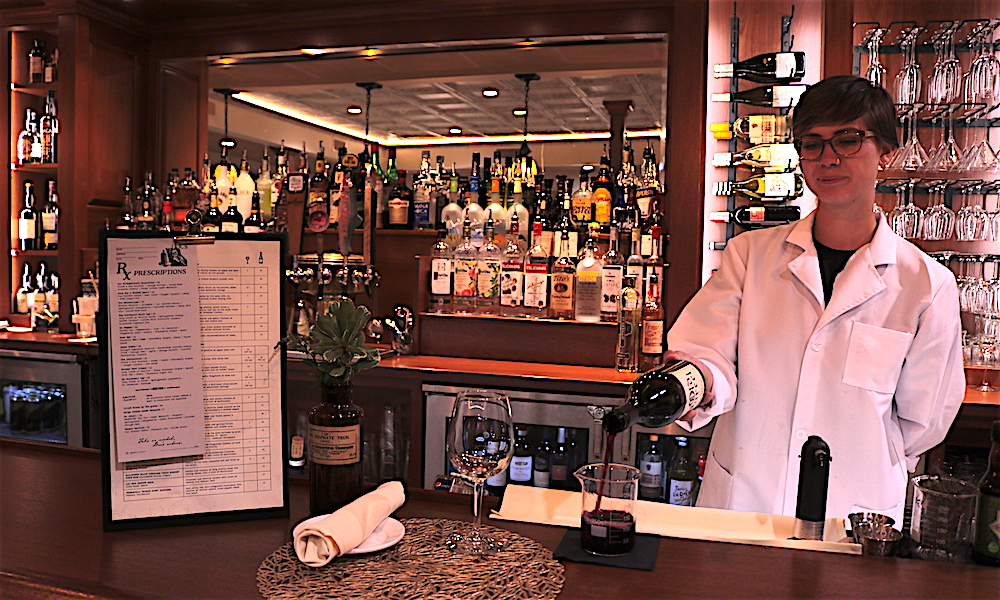 One Glens Falls restaurant is redefining what counts as hospital food. saratoga living has learned that Doc’s Restaurant, which is located on Park Street just beneath the Park Theater, has debuted a completely new, fine dining menu inspired, yes, by the restaurant’s medically minded name, but also by neighbor Glens Falls Hospital, which is just steps away from restaurant. Its new look premiered on September 11, and the restaurant also reimagined its interior with a hospital theme and hired a new executive chef, local food industry veteran Matthew Delos. “The new menu is fairly large, and we’re focusing on local ingredients,” says Delos who has more than three decades of experience in food service, most recently at Mazzone Hospitality in Clifton Park. “Each plate is a composed plate—it’s not like we’re doing the same vegetable on every dish.”

Delos’ menu, designed to offer a high-end alternative to the nearby hospital’s cafeteria food, includes whimsical dishes such as Doc’s braised lamb shank served alongside minted couscous and cumin honey-glazed carrots, and pan-roasted shrimp on top of zucchini noodles with roasted tomatoes. Delos says that Doc’s new small plates are popular as well, and include favorites such as chicken liver pâté with fig jam and pickled red onions on tostini. “Customers seem very happy so far,” says Delos.

Doc’s revamped menu also includes an all-new cocktail list, with tongue-in-cheek names aplenty. Grab a “Cure for a Broken Heart” (vodka with beet juice, ginger liqueur, lemon with a beet sugar rim) or savor the taste of “The Metabolizer” (tequila mixed with mezcal, orangecello, jalapeño and a spicy salt rim). The restaurant also offers an extensive wine list, as well as craft and on-tap beers. 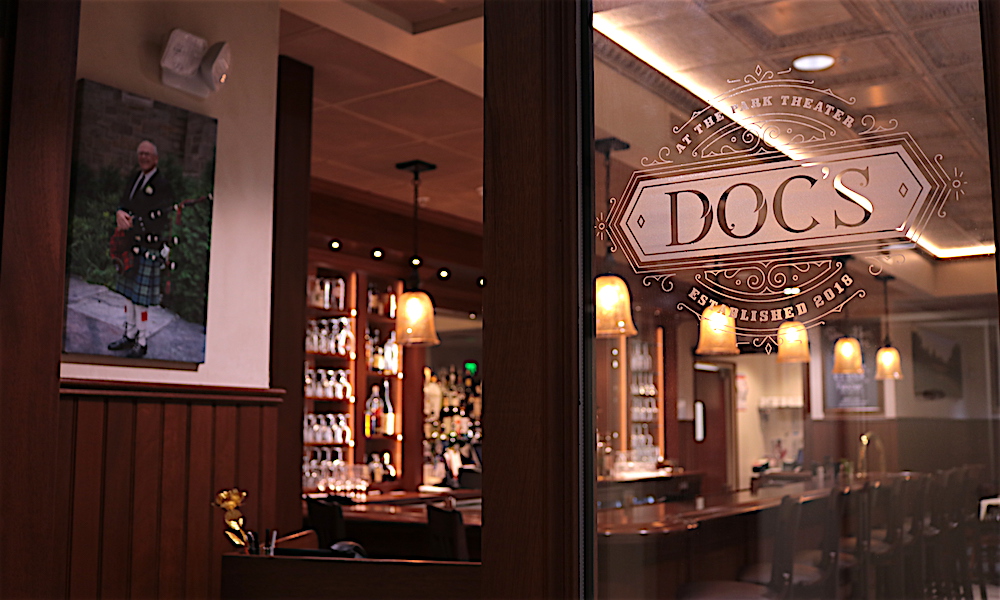 In addition to this, Doc’s has taken this new hospital theme all the way to its decor and atmosphere. “We have new centerpieces featuring vintage medical bottles that we put fresh flowers in, as well as vintage glassware that we picked up from local antique shops,” says Alexandra Fracchia, Doc’s restaurant manager. The restaurant’s new menu is printed on imitation prescription pads, complete with clipboards, and the bartenders even wear lab coats while serving wine in beakers and mixed drinks in other period or laboratory containers. “The look is really fun, and the response has been great,” says Fracchia.

Founded in 2018, along with the Park Theater, which shares a building with the restaurant, Doc’s is named after the late Glens Falls plastic surgeon, Dr. Harold Kirkpatrick, who bought the building in 1984 with the hopes of eventually turning it into a performing arts space. Though Kirkpatrick never fully realized that dream—he did rent the space out for some concerts, music lessons and movie screenings—his good friend, local builder Elizabeth Miller, who’s president of Glens Falls’ Miller Mechanical, bought the building after Kirkpatrick’s death in 2014 and began a multi-year renovation that transformed the dilapidated building into Doc’s and the Park Theater.

For those curious to check out the new menu and ambiance, Doc’s Restaurant is open Tuesdays through Saturdays, 4-9pm, with a daily happy hour from 4-6pm.

« Previous Post
Next Post »
2022/23 Season Tickets On Sale!
Tickets are on sale for The Park Theater’s highly anticipated 2022/23 season featuring international and nationally touring artists, local acts, acclaimed comedians and so much more!
━━━━━━━━━━━━━━━━━━━━━━━
Purchase your tickets in advance!